By now most people should know the Bureau of Labor Statistics has reported that Millennials occupy the largest portion of the American workforce. Most researchers define Millennials as the cohort which reached adulthood around the turn of the millennium. This means millennials are most familiar with the rise of Microsoft and Windows, dying of dysentery in the game Oregon Trail, the start of Wikipedia, and when you could not get a Facebook page without a college email address. Millennials grew up with technology as a matter of life and that has shaped the entire generation in ways which make Millennials quite different from other generations in the workforce.

The advent of the digital technology age turned our current biggest generational workforce into an efficient, multitasking, and resourceful machine. Being digital natives allows Millennials access to credible sources of pertinent information in an instantaneous way which other generations may not be as familiar or comfortable with. Juxtapose that ability with a generation predisposed to value higher education as the main way to fiscal growth and you have a group which can retrieve information and has the intellectual fortitude to use that information—you have: the Millennial Lawyer. 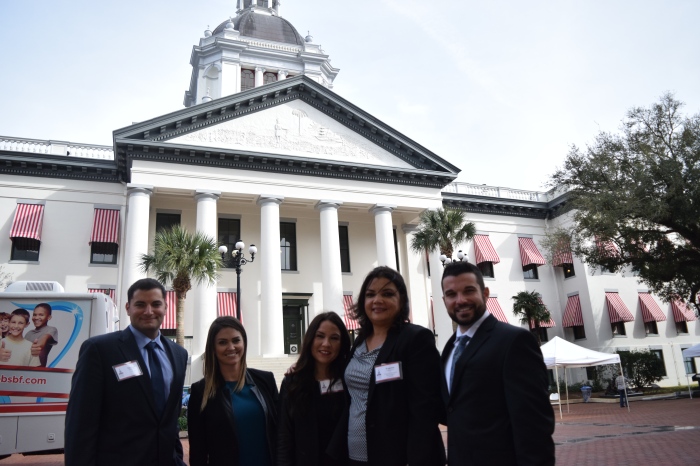 With an early adulthood covered in the ashes of the terrorist attacks on September 11th and obstructed by the crippling effects of the Great Recession, the Millennial Lawyer is anything but sensitive and entitled. The Millennial Lawyer grew up seeing lives unnecessarily taken and promises of the American dream unfulfilled. These two major life altering events have caused them to be more concerned with making a difference than making a living. Largely considered by scholars to be the most “civically-minded” generation, the Millennial Lawyer does not feel entitled to anything other than the pursuit of happiness. When you think about it, the majority of them gambled on themselves and accrued significant debt to pursue the dream of being a counselor of law. Often times they were hired during a time where job options were scarce and wages and entry pay were miniscule. The incentive to be an attorney had to be borne from within because there certainly was not job or fiscal security in this career path. Put another way, the thing that drove the Millennial Lawyer to becoming such was not fiscal prosperity, it was, and will always be, something more meaningful.

Always faced with the growing likelihood of being out of work, the Millennial Lawyer, as a mechanism of self-preservation, developed a strong sense of entrepreneurialism; the type of industrial spirit that could revolutionize a law firm. The Millennial Lawyer is far from being lazy; on the contrary, they often have a high motor and an even higher output. With the knowledge and ability to leverage technology to practice law in the most efficient way, the Millennial Lawyer could provide a huge positive impact to your firm if allowed to have an input. They thrive off of autonomy and do not need to be micromanaged but instead mentored. I would argue that because of those facts, the Millennial Lawyer thrives most when seasoned lawyers acknowledge their existence and personhood and notice their contributions to the work environment and, more importantly, to the work product. Every Millennial Lawyer seeks to work for a leader, not a boss.

The impact of the Millennial Lawyer on FJA is, and will continue to be, substantial. You can look no further than Vanessa Brice, FJA’s Young Lawyers’ Section Chair who has brought new life to FJA’s largest and most outward facing event, the Hon. E. Earle Zehmer Memorial Mock Trial Competition. You can look right at Gordon Glover who, as President of the Florida Bar Young Lawyers Division Board of Governors has had a tremendous impact on shaping the future policies of the Florida Bar. In South Florida, you have a shining example of the brilliance of the Millennial Lawyer in Sue-Ann Robinson-Caddy, a powerhouse who balances being a wife, mother, solo practitioner, YLD Governor, and liaison for FJA. Or just look at the Millennial Lawyer in your own office. They will lobby at the Capitol, canvass for candidates, fundraise (a little), be active, be involved, and be present.

The shocking truth for Millennial and seasoned lawyers alike is that we are all probably a poor man’s version of our own self-perception. We’re not as good as we think we are and others are not as bad as we think either.

They are brimming with tenacity, talent, and time.

The shocking truth for Millennial and seasoned lawyers alike is that we are all probably a poor man’s version of our own self-perception. We’re not as good as we think we are and others are not as bad as we think either. The distinctions between the generations are differences but not detriments. When we view these differences as opportunities to advance our understanding then, and only then, can we fully unleash the potential of the Millennial Lawyer. I had the benefit of my parents, especially my dad, Hon. Gordon Murray, Sr., encouraging me and shaping my skills to be a lawyer. I know every Millennial Lawyer does not have that type of assistance but I know each of them need one. You could be the difference maker. You could be the bridge builder which helps a Millennial Lawyer connect with the ideals and passions of your generation. You could be the reason that they begin to shine bright so that together we can all move FJA FORWARD.

G.C. Murray, Jr., FJA Deputy General Counsel
G.C. graduated from FSU Law and maintained a P.I. practice before joining the FJA. He currently serves as a Governor on the Florida Bar Young Lawyer Division. He also currently serves as the youngest President of the Tallahassee Barristers Association and the youngest member appointed to the FL Bar Code and Rules of Evidence Committee. He is also President of the ICE Foundation, a nonprofit he started focused on mentorship, service, and professional development.